Treating Disorders of the Nose

Our noses facilitate our breathing and smelling. We take air in through our noses, where our sinuses, a connected system of hollow cavities in the skull, act as filters to keep out potentially harmful pollutants, allergens, and infectious microbes (bacteria, fungi, viruses). When a patient has problems with their nose or sinuses, it can be very difficult for them to function or sleep normally because when the nasal airway is blocked, the mouth must open to breathe. Then the tongue falls back against the back of the throat, blocks the airway so that the person has to reposition themselves to breathe which takes them out of REM sleep so they are often chronically tired and struggle with suboptimal brain function.

SINUSITIS SYMPTOMS MAY INCLUDE:
• Sinus pressure and congestion
• Sinus Headache
• Facial pain
• Tenderness and swelling around the eyes, cheeks, nose and forehead
• Difficulty breathing through the nose

Allergies can be treated with a combination of over-the-counter antihistamines and steroids. It is important to determine which allergens or foods you are allergic to. The doctor may suggest immunotherapy or homeopathic remedies to help your immune system address the specific allergies.

CHRONIC SINUSITIS:
Also called Chronic Rhinosinusitis, (CRS) chronic sinusitis is a common condition in which the cavities around nasal passages (sinuses) become infected, inflamed, and swollen for at least 12 weeks, despite multiple treatment attempts. CRS is one of the most common chronic diseases and is associated with a high socioeconomic burden from direct and indirect costs. Its estimated prevalence is 2-16%. It is more common in southern and midwestern regions of the United States. CRS is more prevalent in patients with comorbid diseases such as asthma, chronic obstructive pulmonary disease, and environmental allergies.

It is important for the Doctor to determine the specific cause of the sinusitis during an exam in order to find the right combination of treatment options to break the chronic sinusitis cycle.

ACUTE SINUSITIS:
Acute sinusitis usually begins with cold-like symptoms such as a runny, stuffy nose and facial pain. It may start suddenly and last 2 to 4 weeks.

The doctor must determine the specific type of sinusitis you have and will determine a treatment plan with OTC medications and antibiotics or antifungal remedies.

ACUTE INVASIVE FUNGAL SINUSITIS:
This condition results from a rapid spread of fungi through vascular invasion into the orbit and near the brain. It is common in patients regularly exposed to a moldy environment and in patients who are immunocompromised.

Upon examination, the doctor will determine the proper diagnostics, procedure, and/or surgery required to remove the fungal mass from the sinuses.

ALLERGIC FUNGAL SINUSITIS:
Is a common type of chronic fungal infection in the sinuses. Mold spores are inhaled from a moldy environment and cause an allergic reaction which results in thick fungal debris, sticky mucus, and blockage of the infected sinus. Fungal overgrowth can occur when fungi reproduce or colonize in the sinuses, feeding on mucous caused by a chronic inflammatory response to the mold. Approximately 16 % of the general population have the HLA DR gene, which is a genetic predisposition to be negatively affected by mold.

Having practiced medicine for over 30 years, I am increasingly aware of the impact that a few physicians have, not only on the lives of their patients, but on the knowledge base and well-being of other physicians. The best example of this is found in Dr.Don Dennis. I am proud to call him friend, plus, he has impacted my practice more than any other doctor I have had the privilege of consulting with. When I first met Dr. Dennis 15 years ago, it was during one of the most trying times of my life, as I had been made very ill by hidden mold. Not only did Dr. Dennis help me regain my health, but we also started a professional relationship which allowed me to learn from his innumerable hours of research. He continues to be tireless in his pursuit of understanding the vast impacts that mold has on health. There is no one else like him, which explains why patients travel so far to consult with him. His approach is common sense mixed with a deep understanding of how the body’s immune system works.

He has saved many lives, improved quality of life for countless patients, and has a heart of gold. My illness ended up being a gift, for it was through it that I came to know Dr. Dennis, to whom there is not ever enough gratitude that can be expressed.

MYCOTOXICOSIS:
Several fungi produce secondary metabolites. These chemical substances are called mycotoxins and are very toxic substances to many body systems including the brain.

Because the sinus tissues receive the highest concentration of toxins inhaled through the nose, neurological and other cognitive dysfunction can occur. Also, due to the location, urine mycotoxin diagnostics often miss these toxins. The sinuses are adjacent to the blood-brain barrier and infection can impact brain tissue causing debilitating cognitive and neurological symptoms.

IMPORTANT MESSAGE:
CHRONIC FUNGAL SINUSITIS PATIENTS WILL NOT PROPERLY HEAL WHEN EXPOSED TO A MOLDY ENVIRONMENT. NO MEDICINE, PROCEDURE, OR SURGERY WILL GET A PATIENT BETTER IF THEY ARE CONTINUOUSLY INHALING MOLD IN THEIR HOME AIR.

These cognitive symptoms are amongst the most disturbing and scary for patients as they can be debilitating and interfere with most day-to-day normal functions and a patient’s ability to work.

Mycotoxicosis is very often misdiagnosed as it shares common symptoms with many chronic diseases. This leads to misdiagnosis and specialist referrals such as Neurologists, Rheumatologists, Psychiatrists, Pain Doctors, and others. Dr. Dennis has developed a pioneering procedure to remove mycotoxins from the sinuses and connecting tissues. It has given many, extremely ill and impaired patients their lives and health back.

He combines this treatment by supporting detoxification to remove the toxins naturally and utilizes supplements to optimize the body’s metabolism excretion functions.

GASTROINTESTINAL ESOPHAGEAL REFLUX DISEASE (GERD)
GERD is a gut disease that often accompanies fungal sinusitis. It is a symptom of fungal or candida overgrowth, which causes reflux. Sinusitis Patients are placed on a regimen of candida treatment, a candida diet, and a detoxification protocol to remove the root cause of the GERD.

CHRONIC INFLAMMATION:
Chronic sinusitis can create long-term inflammation that can last for several months and even years. It can result from failure to eliminate whatever was causing the acute inflammation. Inflammatory disorders occur when the body’s defenses (immune system mediators) attacks normal, healthy tissue, mistaking it for a pathogen that causes disease. This can cause lasting discomfort and lead to other autoimmune disorders.

It is imperative that the cause of chronic inflammation be identified and addressed. If the cause of inflammation is not addressed, the patient’s ability to heal is compromised and chronic sinusitis may be just one of the resulting disorders.

It is estimated that 80% of the body’s immune system resides in the gut. In addition, the gut also hosts the body’s microbiome which often includes candida, a single-celled fungi or “yeast”. Candida or fungal overgrowth is often the cause of chronic inflammation.

The body’s gut health can improve rapidly with a proper diet or “Candida Diet” and nutritional supplements.

ANOSMIA (LOSS OF SMELL):
Without your sense of smell, food tastes different, you can’t smell the scent of a flower, and you could find yourself in a dangerous situation, unknowingly. For example, without the ability to detect odors, you wouldn’t smell a gas leak, smoke from a fire, musty mold, or spoiled food.

Loss of smell can be caused by a wide variety of sources. If it is not due to a cold or allergies, the causes can range from sinusitis, nasal polyps, damage to olfactory nerves, head trauma, or medications, and many other sources. The physician will likely attempt to identify or rule out causes or underlying conditions. On some occasions, surgery is required to remove a nasal polyp.

RECOMMENDED REMEDIES TO ADDRESS MOLD SOURCE AND INDOOR AIR QUALITY
When being seen for any type of sinus issues, Dr. Dennis has a protocol to determine if mold in your environment is a contributing issue. You will be asked to fill out an easy questionnaire about your environment and mast medical history to aid the doctor in helping you determine if your home is what is making you sick. He will test your body and nasal cavity for mold and perform diagnostics for antibodies to determine your body’s specific allergies.

Dr. Dennis will also provide an Environmental Protocol to address your home make recommendations on how to address the mold issue yourself or find a remediation professional to fix the underlying home issue causing the chronic illness.

IMPORTANT MESSAGE
CHRONIC FUNGAL SINUSITIS PATIENTS WILL NOT PROPERLY HEAL WHEN EXPOSED TO A MOLDY ENVIRONMENT. NO MEDICINE, PROCEDURE, OR SURGERY WILL GET A PATIENT BETTER IF THEY ARE CONTINUOUSLY INHALING MOLD IN THEIR HOME AIR.

BALLOON SINUPLASTY
Unlike traditional sinus surgery, Balloon Sinuplasty requires no cutting and no removal of bone and tissue. Balloon Sinuplasty (BSP) uses a small, flexible, balloon catheter to open up blocked sinus passageways and facilitate drainage of the mucus that builds up in patients suffering from chronic sinusitis symptoms.

Balloon Sinuplasty can be a safe in-office procedure and an alternative to endoscopic sinus surgery.

DEVIATED SEPTUM
It is estimated that as many as 80% of people have a nasal septum that is off-center. This is called a deviated septum, which may or may not cause certain sinus-related symptoms. If you have a severely deviated septum causing nasal obstruction, it can lead to dry mouth, due to chronic mouth breathing. A feeling of pressure or congestion in your nasal passages is also common as is disturbed sleep, due to the inability to breathe comfortably through the nose at night.

ENDOSCOPIC SINUS SURGERY
This surgery is performed with a small, lighted metal telescope placed into the nostril, called an endoscope.  It is designed to improve the drainage of the sinuses and to improve airflow through the nose. The endoscope has a special video camera attached to it that allows the surgeon to see inside the nose and sinuses. When an endoscope is used, sinus surgery is performed entirely through the nose, without face or mouth incisions and is typically done with minimal nasal packing, mild pain, and short recovery times.

TURBINATE REDUCTION
There are three turbinates (inferior, middle and superior) on each side of the nose, and their job is to clean and humidify the air as it moves through your nose into the lungs.

For patients with turbinate hypertrophy or enlargement, turbinate surgery will correct the problem of nasal obstruction by reducing the turbinate size. This decreases airway resistance while preserving the natural function of the turbinates. Surgery improves nasal breathing and may reduce nasal drainage and postnasal drip.

RHINOPLASTY:
Commonly known as a nose job, this is a popular surgical procedure that corrects, restores functions, and aesthetically enhances and reconstructs the form of the nose by resolving nasal, respiratory impediment or congenital defect. In addition to the medical reasons behind the need to get a nose job, many people desire the surgery to improve the appearance of their nose. Every year, over a million people consult with a cosmetic surgeon to repair or enhance their nose. 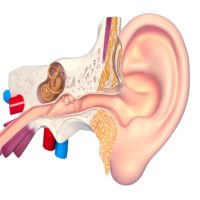 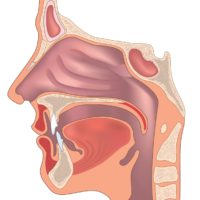 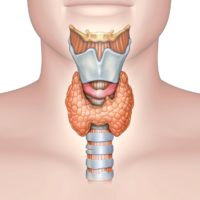